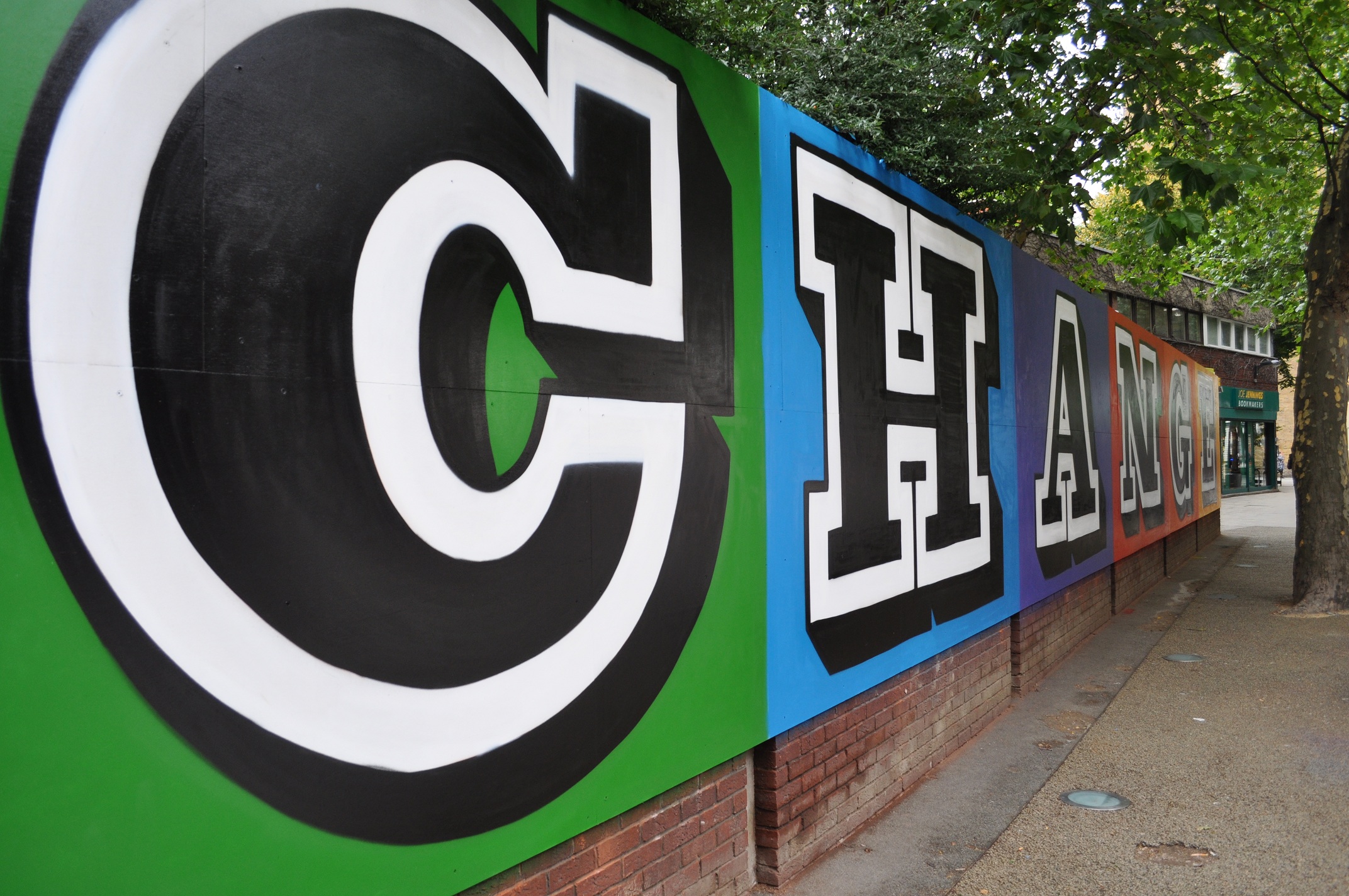 Eine is best known for the vibrant typographical letters that have popped up all over East London over the past half of the decade. These letters can appear on their own on shop shutters or can spell whole words across East London walls like “Scary”, “Exciting”, “Vandalism”, “Change” and “Calculate”. Eine’s street art is driven by a love of typography and he describes being influenced by how “letters change shape when combined with other ones”. Eine hit the headlines in April 2010 when David Cameron presented a piece of his work to Barack Obama, the US president, as a gift from the UK. The piece was not a whole shop shutter unfortunately, but a canvas work entitled “Twenty-first Century City”.

Perhaps Eine’s most famous work adorns the shutters of the shops in Middlesex Street, Shoreditch, now universally known as the ‘Alphabet Street’. For this project, Eine pursuaded local shop owners to let him create a whole alphabet along their street.

The feedback has been 100% positive. Spraypainting a shop shutter turns an ugly, boring thing into something interesting and colourful. I think you’d have to be a pretty negative person to find fault in it. — Ben Eine Press attention and commercial demand for his work has brought Eine firmly out of the underground, but it wasn’t always this way. Eine was brought up in South London and started out in the world of graffiti when he was just 14. He says “ I wanted to be part of that hooded tracksuit gang thing. I did it pretty hardcore for about 20 years and the last time I had a close escape from prison.’

From underground graffiti artist to shining star in the firmament of the London street art scene, Eine is eager to point out that street art is distinct from graffiti. Street art is different because “street artists want to add something to the environment. They consider the audience, whereas graffiti writers don’t care about anyone except themselves, they do it purely for the kick”. Eine and Invader in Shoreditch: