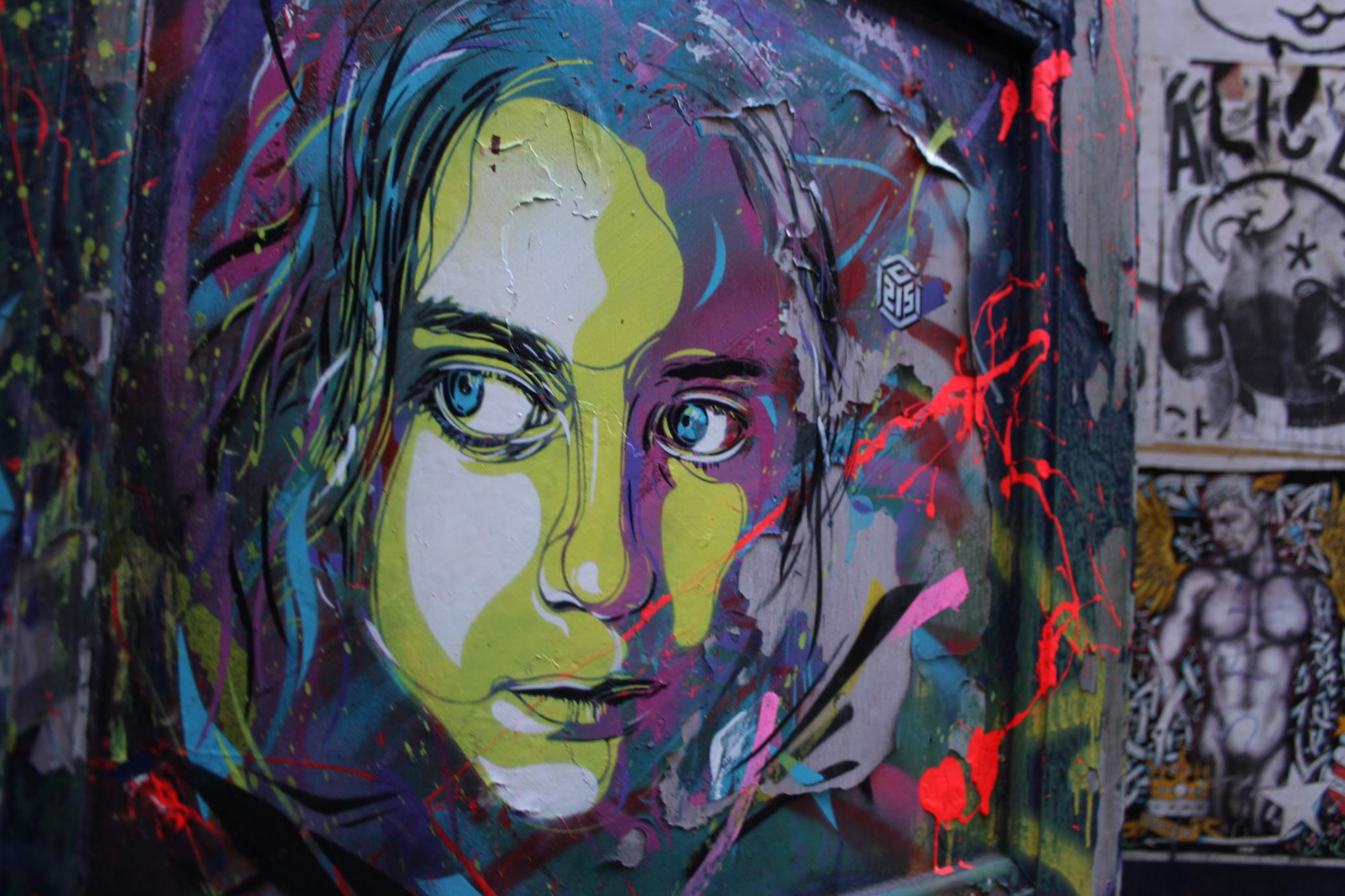 C215, real name Christian Guémy, is an international street artist superstar that has painted all over the world including India, Israel, Poland, the USA, Senegal and Morocco, and of course, London. Originally from Paris, C215 has two masters in History and in Art and previously worked in import/export! When his daughter Nina was born he became a full time artist. C215 creates bright, intricate stencil works that are both expressive and evocative. His work nearly always consists of close up portraits and his subjects are usually beggars, street kids, homeless people and refugees. C215 describes the motivation behind the choice of his subjects as being those people who are rejected by society and capitalism, the ‘forgotten’. The message behind his work is not directly political, instead C215 seeks to humanise his subjects and raise awareness about people’s plight by awakening passers by to the identities behind each individual. There is also a message behind the placement of his works, behind bars, on bins and on rusty old doors, so called ‘non-places’ where his portraits may be forgotten about. C215 also portrays children in his work, in particular his daughter Nina, and religious figures, as a Catholic. Each stencil has it own story. Most of my stencils come from my own pictures, but some also come from friends, or photographers with whom I collaborate. The most important thing for me is the feeling inside, the expression of the eyes, and the story behind

C215 has two distinct stenciling styles. One is multilayered and extremely colourful. The other single layered with perhaps one or two colours. C215 is a prolific street artist and there are fine examples of hos work to be seen in London, particulalry along Blackhall Street in Shoreditch.